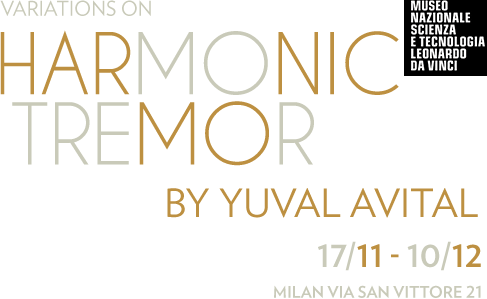 Hundreds of voices and faces, lava rivers and clouds of vapour, forests and rivers, marching bands and frame drums, trembling bodies and old dialectal recitations - all of this and much more in a huge allegorical fresco which crosses a landscape like no other.

Cusumano Masterpieces presents “Variations on Harmonic Tremor”, the new monographic exhibition by Yuval Avital curated by FARE, which will be held from November 17 to December 10 in the Leonardo da Vinci National Museum of Science and Technology in Milan, presenting more than 400 photographs, 12 hours of footage and sound diffused between 8 multimedia works and a new sound sculpture.

“Variations on Harmonic Tremor” is the fruit of a journey on Mount Etna, which Yuval Avital set out on at the invitation of Diego Cusumano: the visit began as a scouting trip, but ended up producing hundreds of photographs.

The harmonic tremor is the sensory wave produced by the active volcano, its inaudible music. The variations on the harmonic tremor therefore consist of the powerful and contradictory emotional impacts it generates: the earth and human beings are the two protagonists of the artwork.

The show consist of a physical itinerary between various stations in the museum that follows a path of sounds and images, taking the visitor on a journey toward the discovery of Etna.

Photographs Chosen among thousands of shots, the 400 exhibited prints are divided in 30 thematic series that represent different paths. The traversal themes - the repeated black-and-white tone colours deriving from the snow and the igneous soil; trees presented here as organic and evocative sculptures - dialogue with tiny life fragments, frozen episodes in time as if collected and kept in Avital’s diary.

Sound sculpture here Avital interprets in a more direct way the acoustic phenomenon of the harmonic tremor, taking the volcano’s infrasonic waves to an audible level through a sound sculpture specifically realized for the exhibition. Elaborating the infrasound as a musical instrument, visitors can hear the volcanic tremor, see it through the movement of water on the sculpture, and feel it through the vibrations of its iron surfaces.

Icon-sonic polyptych for 4 parallel projections and loudspeakers (loop duration 2 hours): Over 70 scenes that involve around 350 people, macro-shootings of tiny fleeing details and extended long-shots, lava rivers, voices, gestures, images, sounds; entire marching bands, human masses, elders, children, intimate and impossible anecdotes - all trembles.
This monumental opera, presented through the artist’s ‘icon-sonic’ language (total immersive artworks which use in parallel sound and image) is composed of 8 hours of film and sound; a work which could - or maybe have to be viewed and reviewed, listened and re-listened . 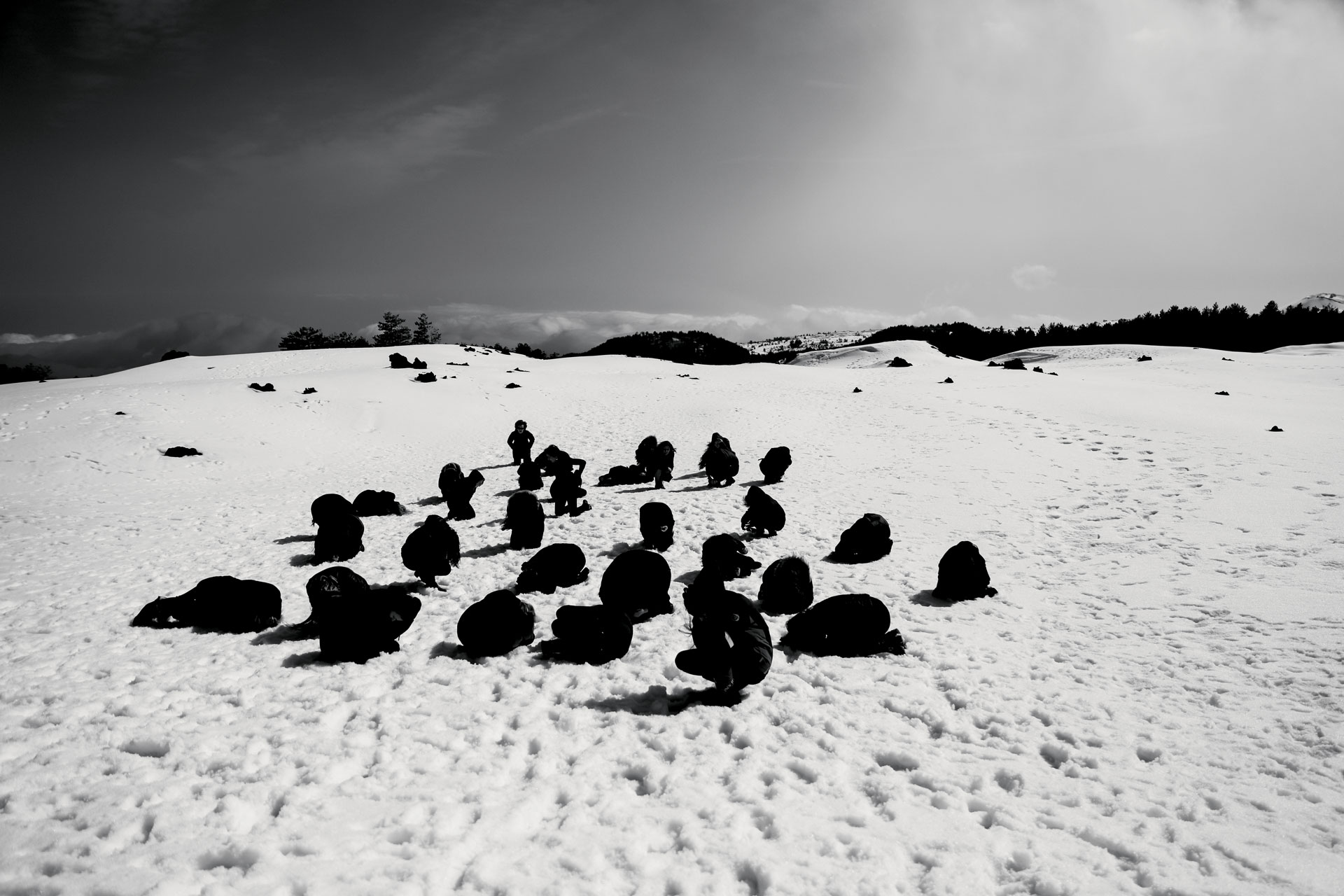 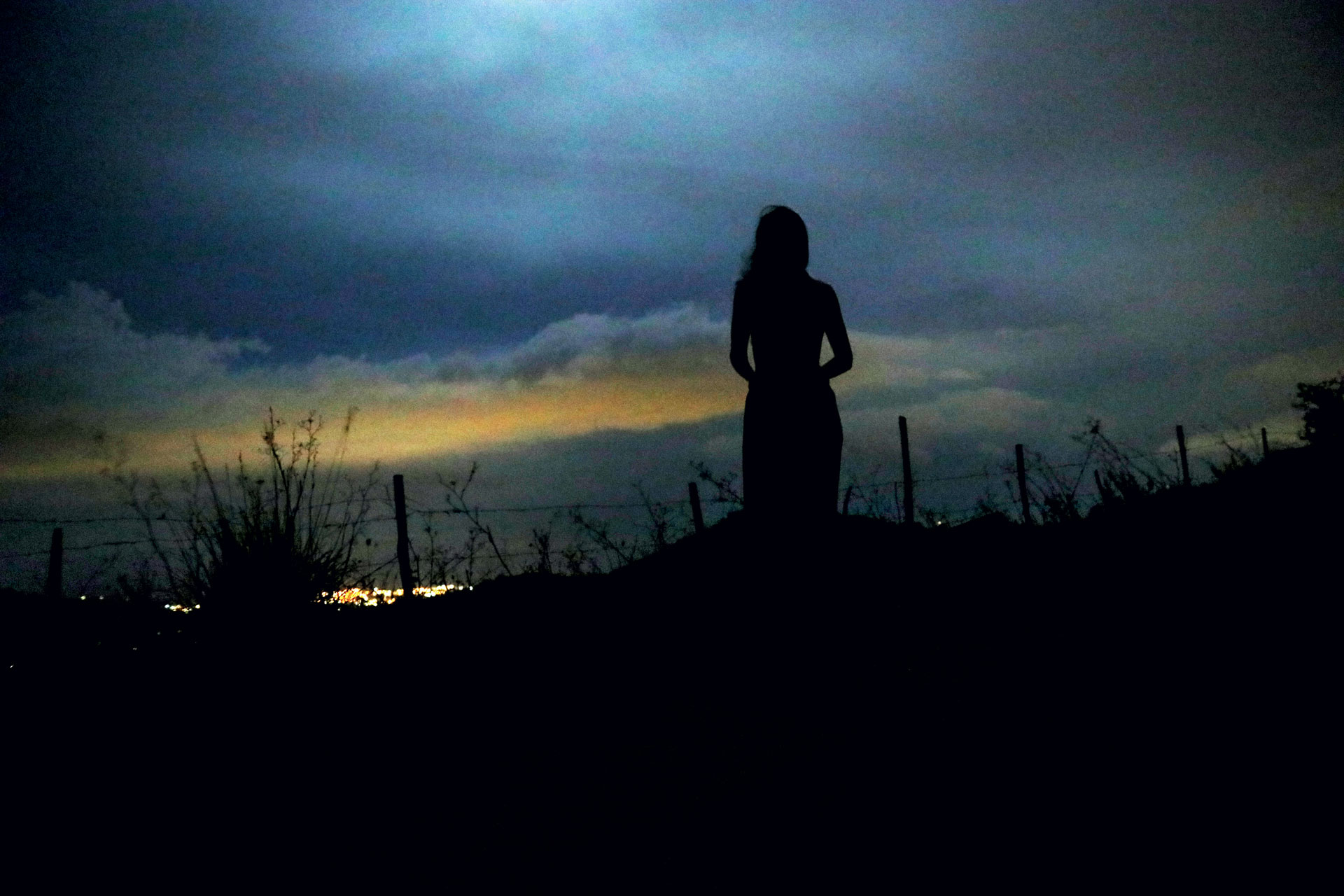 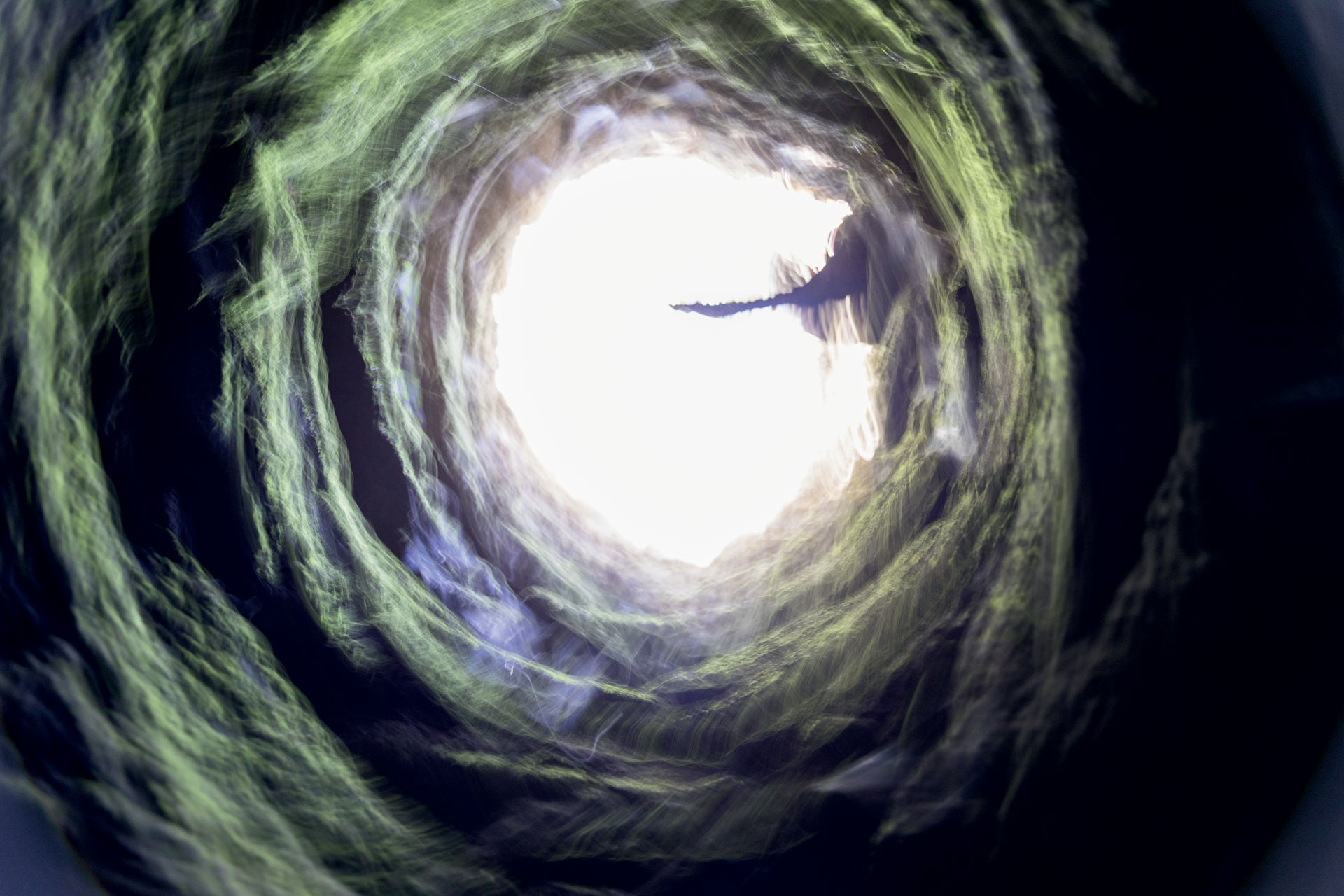 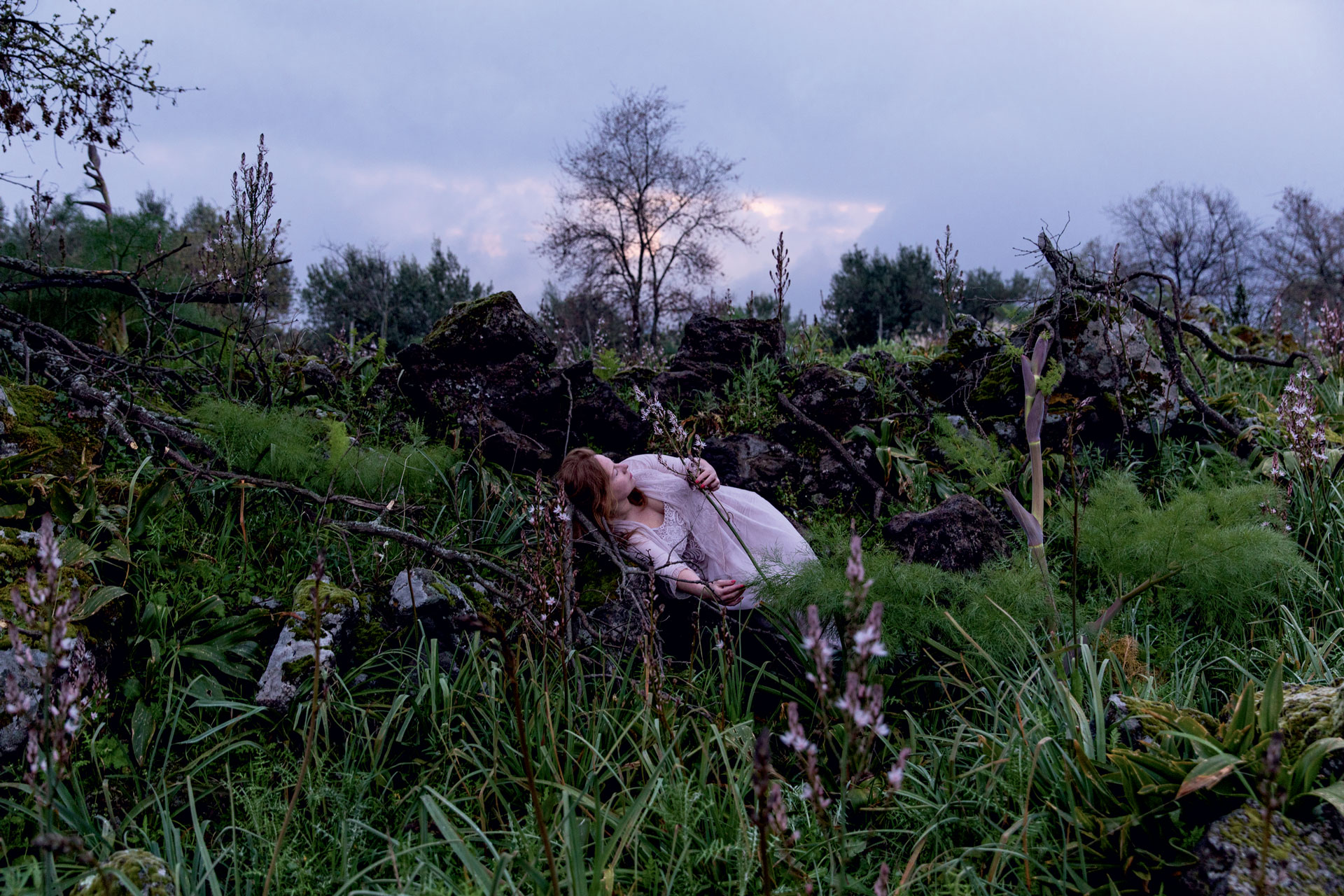 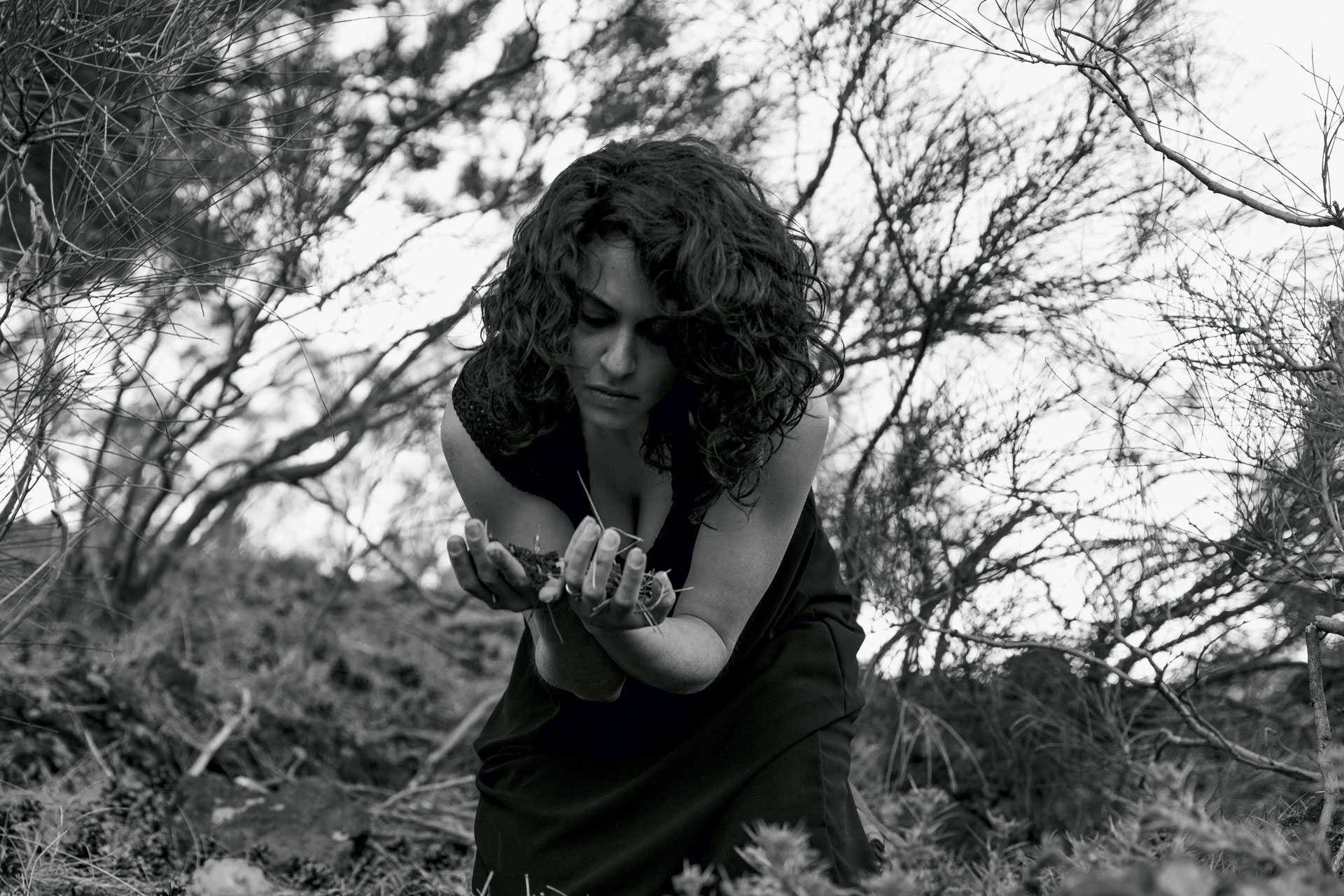 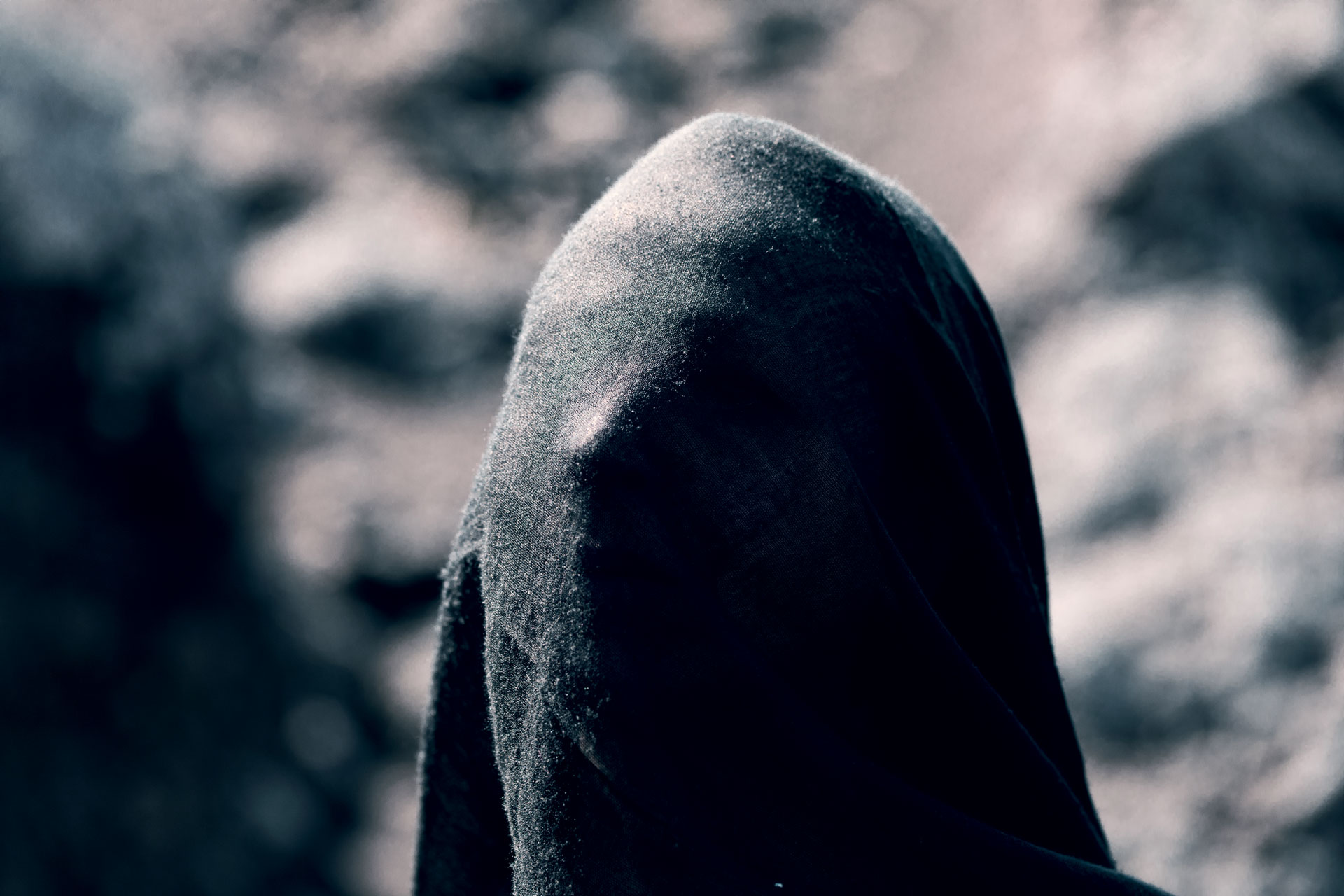 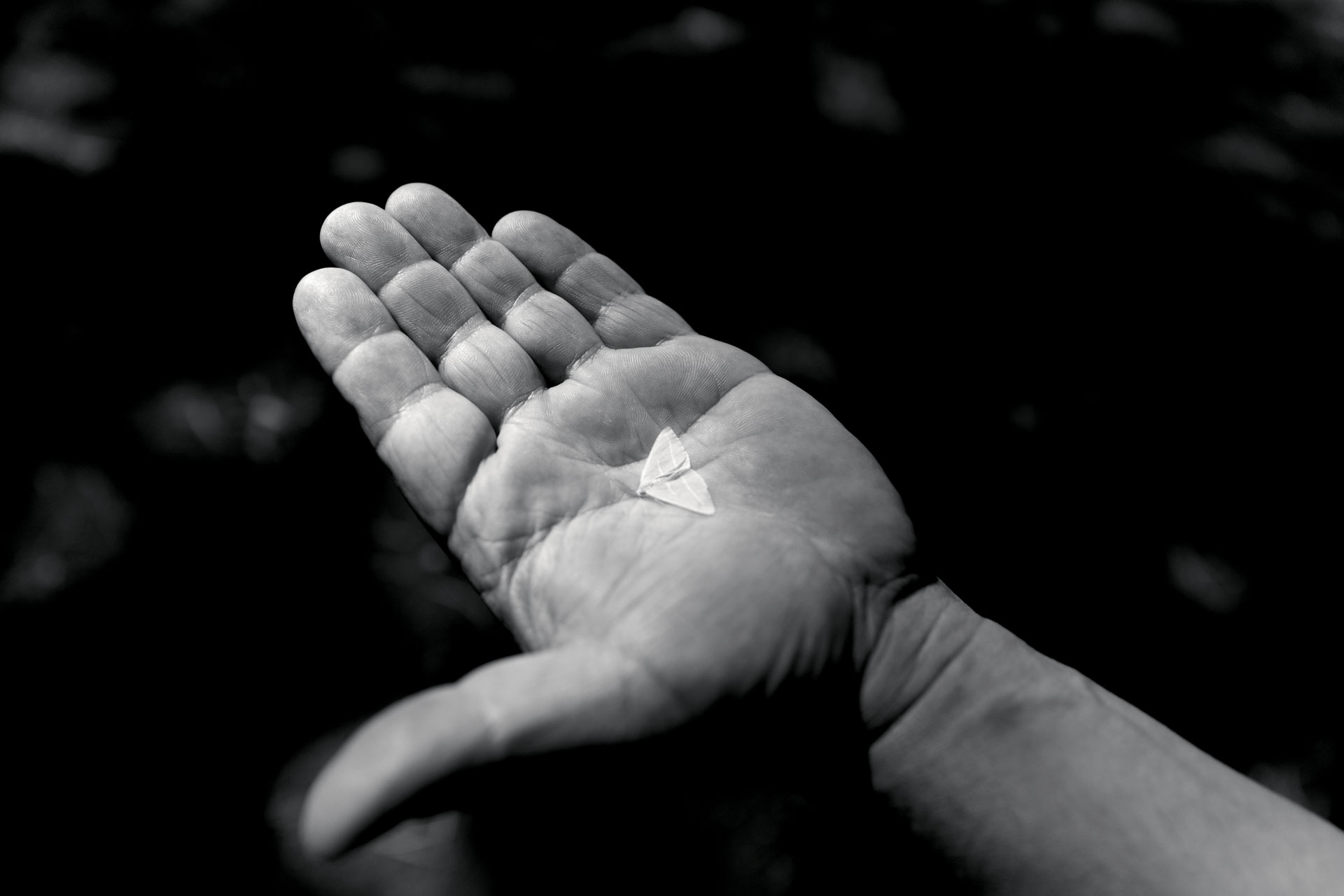 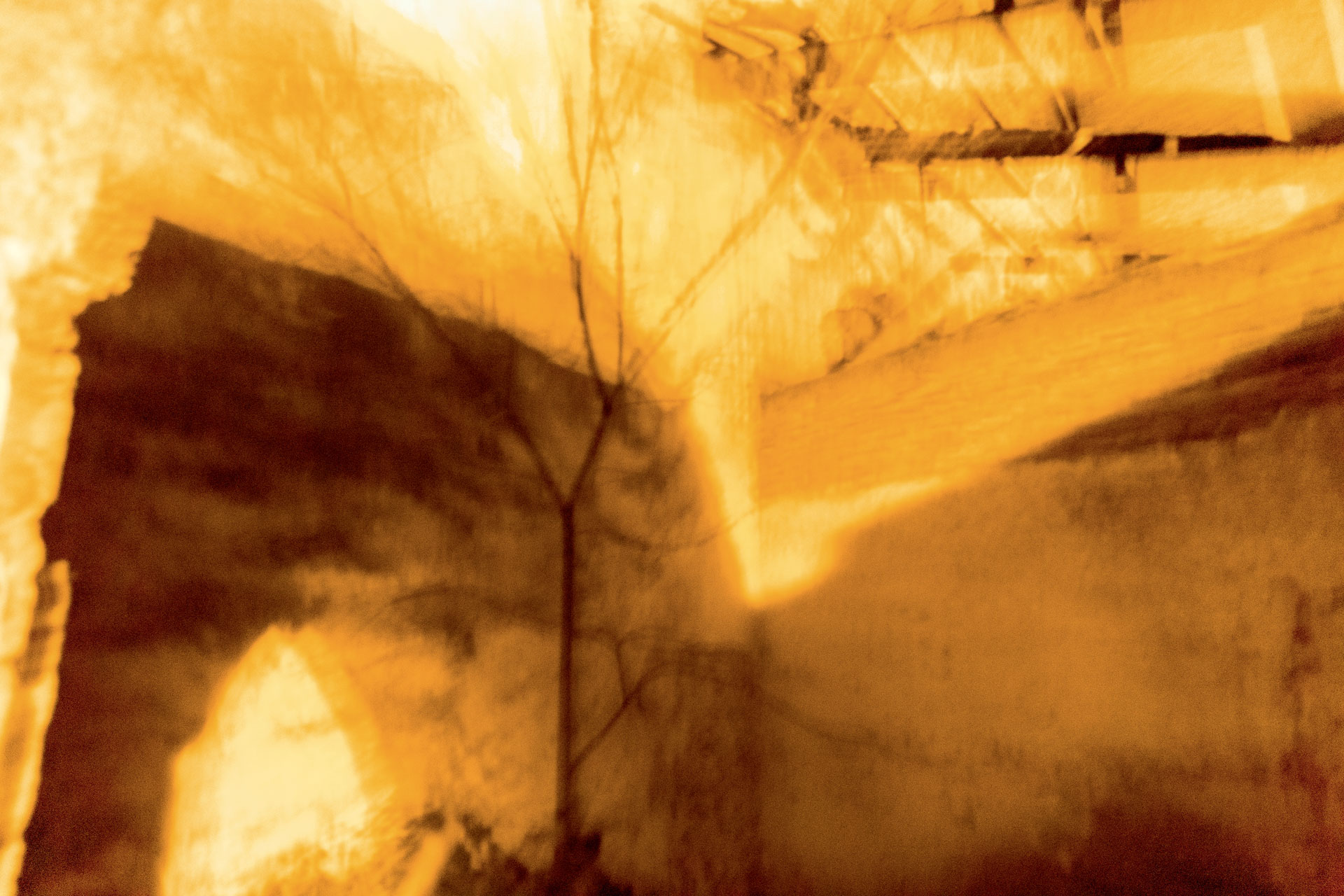 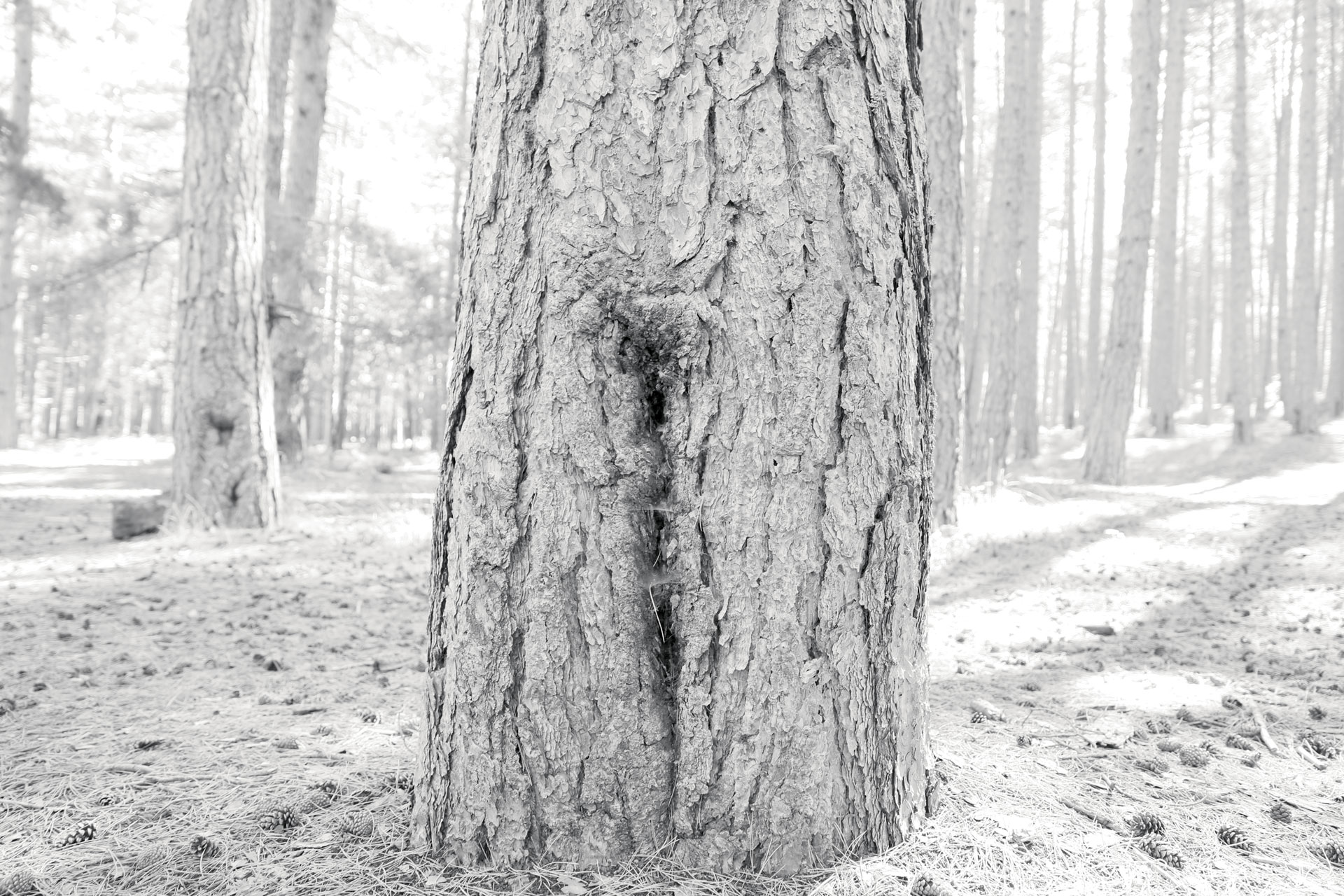 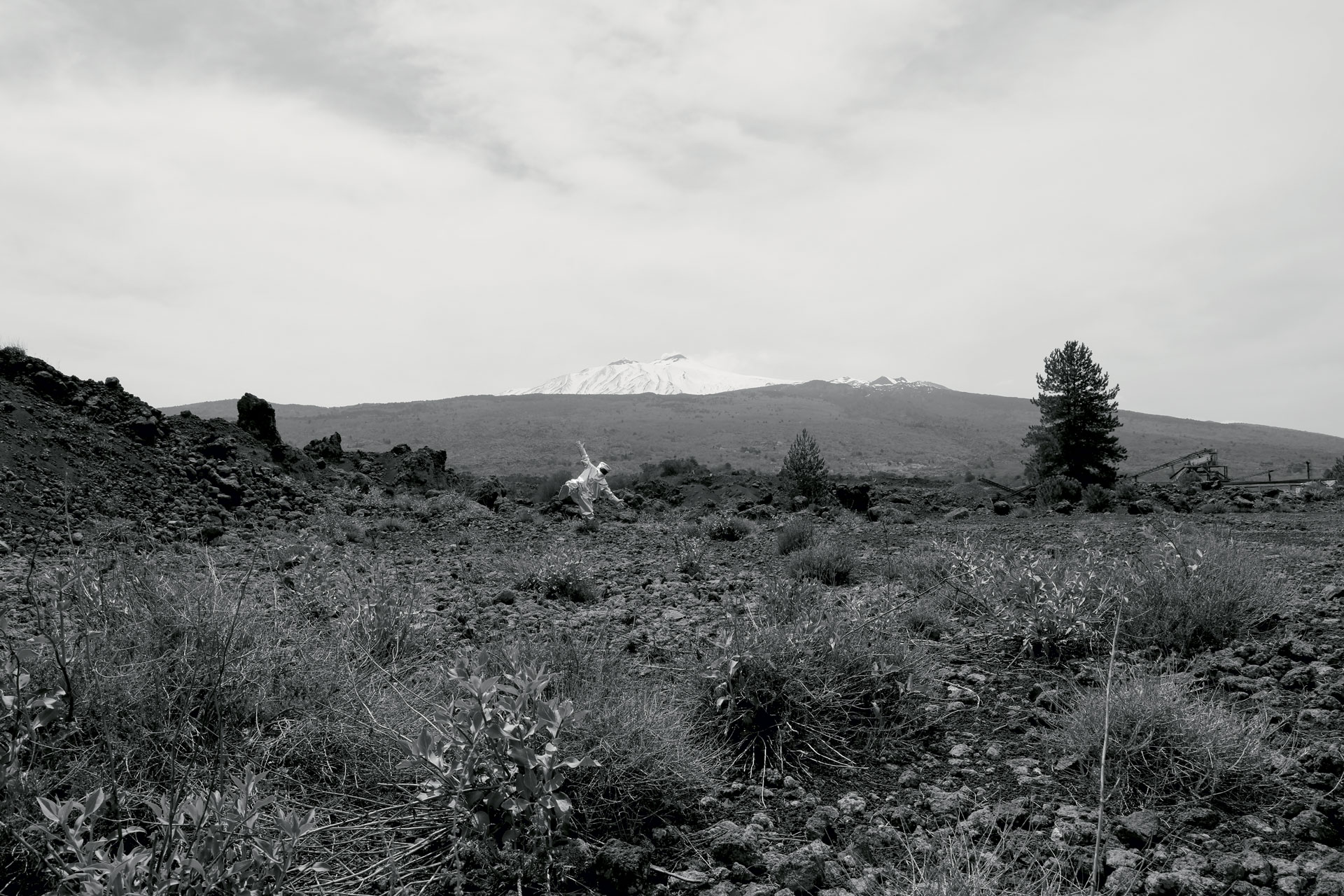 SEE GALLERY
AUDIO ON AUDIO OFF 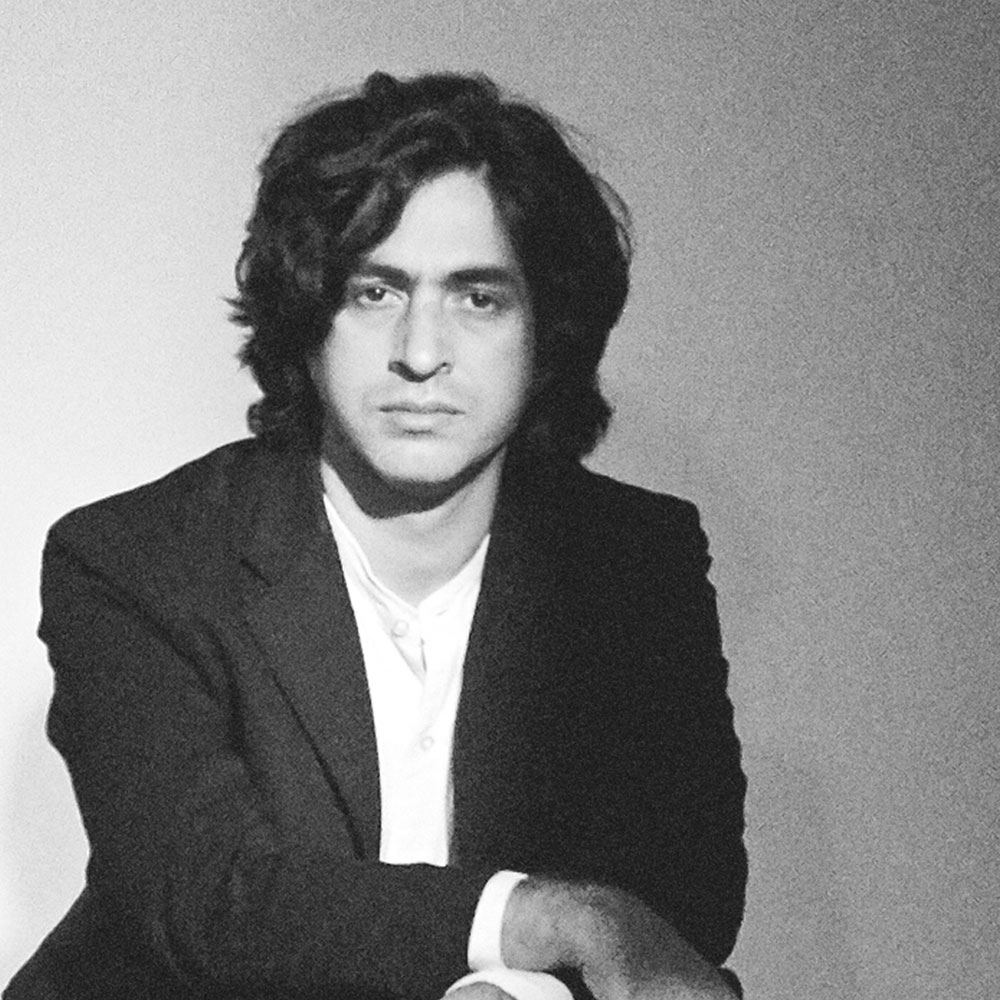 Born in Jerusalem in 1977 and living in Milan, composer, multimedia artist and guitar player Yuval Avital develops his works in a variety of spaces, including public venues, industrial archaeological sites, theatres and museums, challenging the traditional crystallised categories that separate the arts.

Famous for the art scene in Milan for masterpieces such as "Open Fence" and "Requiem Monumentale", Yuval Avital likes to be defined a "composer" in the etymological sense of the term, the one who "puts together" capable of revealing the poetic character of reality that is only waiting to be brought to the surface.